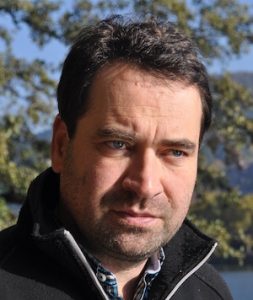 Abstract:
The phrase “before humanity” is ambiguous, it refers to pastness, but also to presence and futurity. In doing so, it seems to encapsulate the current “posthumanist” climate in which the question of what it means to be human is being asked again with great urgency, in the context of new threats and “opportunities”. Posthumanism refers to, on the one hand, the rush for ever “smarter” technologies that increasingly think with and for humans and, on the other hand, to the ever more urgent discussion about climate change, extinction angst, exoplanets, biopolitics and speciesism. In short, one could say that posthumanism labels the “mess” that arises once “traditional” humanist answers to the question of “what does it mean to be human?” are giving way to the uncertainty about what “humanity” should do next. As the proliferating ideas and visions of our “posthumanity” are reaching a wider public and are circulating in the traditional mass media and increasingly of course in the so-called new, digital or social media, the transformative potential of posthumanism (usually confused with transhumanism) is becoming undeniable – for better or for worse. In this context, what I have been referring to as “critical posthumanism” is aimed at evaluating, contextualising and historicising but also appreciating the resistance to the posthuman, posthumanisation, posthumanism or posthumanity. The idea is to “read” the anxieties and desires at work when dealing with concepts of the human, posthuman and nonhuman and to also look at prefigurations, genealogies, disavowals and alternative futures. “Before humanity” is part of this ongoing project which challenges posthumanist futurists and techno-utopians by recalling prefigurations, genealogies and disavowals of the posthuman. Focusing on the ambiguity of “before” implies a kind of reverse thinking and an imagining of a time of and before “our” origins. It goes against the predominant strain of posthumanism which tends to focus on (and maybe even hasten) what comes after humanity.

Bio:
Stefan Herbrechter is a writer, a research fellow at Coventry University and Privatdozent at Heidelberg University. Previously he held academic positions at Leeds Trinity (1997-2007), Heidelberg (Professor of English and Cultural Studies, 2007-2009, 2011-12) and Coventry University (Reader in Cultural Theory and Postgraduate Programme Manager/Media (2009-2014). Stefan received his PhD from the Centre for Critical & Cultural Theory at Cardiff University and his Habilitation in English Studies/Cultural Theory from Heidelberg. He has published widely on English and comparative literature, critical and cultural theory, and cultural and media studies. His main publications related to his current research focus, posthumanism and its critique, include Autoimmunities (with Michelle Jamieson; Routledge 2018); Narrating Life (with Elisabeth Friis; Brill 2016); European Posthumanism (with Manuela Rossini and Ivan Callus; Routledge 2016); Posthumanism – A Critical Analysis (Bloomsbury 2013); Posthumanist Subjectivities (with Ivan Callus; Subjectivity 5.3 (2012)); Posthumanist Shakespeares (with Ivan Callus; Palgrave, 2012); Posthumanismus – Eine kritische Einführung (Wissenschaftliche Buchgesellschaft 2009); Cy-Borges: Memories of the Posthuman in the Work of Jorge Luis Borges (with Ivan Callus, Bucknell University Press 2009); and Discipline and Practice (with Ivan Callus; Bucknell University Press 2004). He is director of the Critical Posthumanism Network (http://criticalposthumanism.net/) and general editor of its online “Genealogy of the Posthuman” project (http://criticalposthumanism.net/genealogy/). For more details and a full bibliography please see his homepage (http://stefanherbrechter.com).