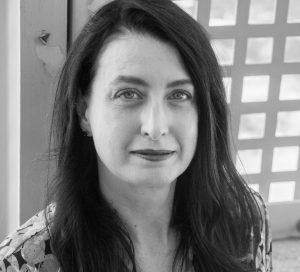 Engaging with Sylvia Wynter’s work on genre of the human, this paper begins from that premise that we can understand humanism as a prothesis to our species identity. Like the body, something we both have and are, humanism is both intimate and external to our being. In Wynter’s conceptualization, what is unique about homo sapiens is that we are creatures formed of both biology and ideology, of instincts and of story. In an era of globalized modernity, she contends, a single genre of the human has been mistaken for our entire species through patterns rooted in projecting Blackness as the Other to human being. Wynter calls for a revolution in our governing modes of figuration, an effort to “consciously alter our modes of self-troping” that she calls “ceremony” (“Ceremony Must” 52). This new system of figuration, which she comes to all a “counter cosmogeny,” prompts a transformation which Wynter analogizes to speciation, a Second Emergence of hominid-become-human as “now fully conscious agents in the autopoetic institution and reproduction of a new kind of planetarily extended cum “intercommunal” community” (“Ceremony Found 193). Such a planetary view is necessary to confront species-level problems such as climate change. Wynter looks to poetry as a techne for creating such ceremony, but I turn to science fiction, Looking at Matt Bell’s Appleseed (2021) and Maja Lund’s The History of Bees(2017), I will argue that both must extend their realist narratives with sf sections to address the topic of climate change. In so doing, they prompt readers to think beyond human lifespans and at the level of the species, rather than level of the individual protagonist. While neither novel fully offers the new Ceremony that Wynter anticipates, they suggest ways speculative aesthetics provide a techne for the task of self-consciously rather than autonomically becoming through our cultural “programs,” something we might theorize as prosthetic autopoiesis.

Sherryl Vint is Professor of Media and Cultural Studies and Chair of the Department of English at the University of California, Riverside, where she directs the Speculative Fictions and Cultures of Science program. She was a founding editor of Science Fiction Film and Television and is an editor for the journal Science Fiction Studies and the book series Science in Popular Culture. She has published widely on science fiction, including, most recently, Biopolitical Futures in Twenty-First Century Speculative Fiction (2021) and Programming the Future: Speculative Television and the End of Democracy (2022, co-authored with Jonathan Alexander).