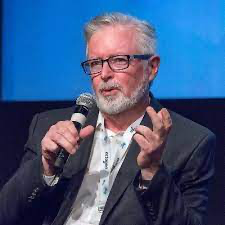 A number of fictional accounts have been written about the possibility of enhancing the human brain through various scientific means.  These fictional imaginings are now in the process of being realized via pharmaceutical, genetic, and digital means.  In this presentation, I’m going to discuss two particularly new digital methods for brain enhancement: Neural Lace, a type of Brain to Computer Interface (BCI) ultimately meant to speed up human cognition and communication, and a “prosthetic memory” that is being developed by a team at the University of Southern California. I will discuss the promise of these developments.  I also want to discuss how these emerging technologies are prefigured in fiction, and how such fiction foreshadows some of the downsides of this kind of technology.

Dr. Kevin LaGrandeur is Professor Emeritus at the New York Institute of Technology (NYIT), Fellow of the Institute for Ethics and Emerging Technology, co-founder of the NY Posthuman Research Group, and Advisory Board Member of the Lifeboat Foundation (which seeks ways to promote safe development of new technology).  He specializes in technology and culture, ethics, and education.  Dr. LaGrandeur is a member of the founding editorial boards of two journals: AI and Ethics, and the Journal of Posthumanism.  As well, he is on the founding editorial board of the book series Critical Posthuman and Citizenship Studies, by the publisher Rowman and Littlefield.  He has published more than 50 articles and media productions, in both professional venues and the popular press, and 2 books: Artificial Slaves (2013), which won a 2014 Science Fiction and Technoculture Studies Prize, and Surviving the Machine Age (2017), with sociologist James Hughes.  Among his current projects, he and his colleague John Misak are developing an Augmented Reality game to help students understand Shakespeare and his world.